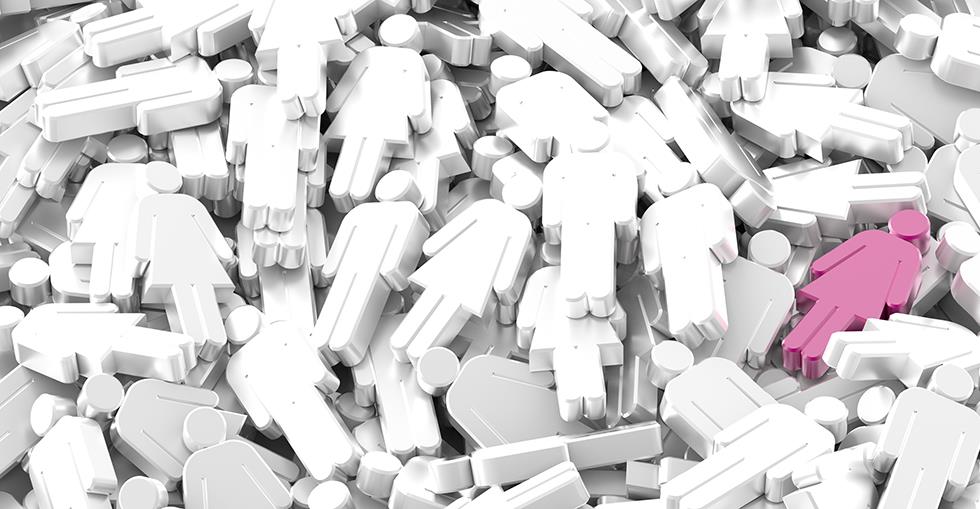 As events take place all around the globe for Global Entrepreneurship Week, we enjoy some words of wisdom from Lara Morgan - feminist and top UK entrpreneur

With the approximate number of women on the planet since 2013 totalling at 3.6 billion, it’s dispiriting to hear the World Economic Forum’s claim that no country has achieved gender equality.

'Only 37 percent of all entrepreneurs in the United States are women and in Europe, the percentage is even lower, at 25 percent,' claims the Global Entrepreneurship Development Institute (GEDI).

Gender gaps are still a burning issue in entrepreneurship.

This fact was reiterated by the Organization for Economic Cooperation and Development (OECD), who found in their 2013 report that large businesses are rarely owned by women and their earnings are up to 60% lower.

Regardless of these statistics, some strong-minded women are setting an example in business entrepreneurship.

Last year saw the release of Sheryl Sandberg’s influential, yet controversial, book Lean In: Women Work and the Will to Lead, which advised women to embrace their ambition.

And in the UK, Julie Dean, founder of the Cambridge Satchel Company, was named 2013 of the Year - a large number of her male counterparts to the post.

The Great British Entrepreneur awards returned this month, the night being another giant leap for women in business.

Sarah Wood, COO of Unruly (a cutting edge social video campaign producer) was nominated for the Media Disruptor award and was a strong contender, in an otherwise all-male nominee list.

Creative of the Year went to Sara Davies, founder of Crafter's Companion (a craft supplies company) and Entrepreneurs Champion of the Year was won by Carrie Green who leads the Female  Association which challenges women to build successful businesses.

Earlier in the month, Emma Cerrone of digital transformation business Free: Former won the Duke of York New Entrepreneur of the Year Award at the National Business Awards UK. On the same night, Moya Greene, CEO of Royal Mail, was voted Ashridge Business School Leader of the Year for orchestrating the successful transformation of the organisation.

And entrepreneur, Kelly Hoppen MBE also received the Woman of the Year Award at the Women of the Future event which took place this month at JP Morgan in Canary Wharf.

View from the top: Lara Morgan 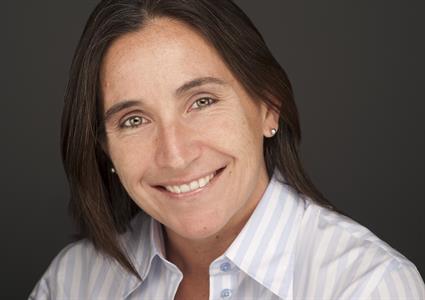 Recently named one of the UK’s top 10 Most Powerful Business Women, Lara Morgan (pictured above) is the chairman of Company Shortcuts – a consultancy agency and source of professional advice.

'Anyone can build a profitable company if they want it bad enough' is her philosophy of success.

Lara’s interest in business came at an early age: her parents lived In Hong Kong whilst and her sister went to school in Scotland and it was this independence, she believes, that gave her the impetus to achieve.

After finishing school at 18, she soon became the manager of a Yellow Pages sales team spanning 6 countries.

Self-proclaimed as ‘clueless and uneducated in business at the tender age of 23,’ Laura founded Pacific Direct Ltd in 1991 – a company involved in the and retail of brand licences toiletries to the hotel industry.

In 2008, after 17 years, she sold her 99% majority share for £20 million after Pacific Direct became a globally recognised company.

Combining her own business experience and her passion for unveiling the growth potential of other established businesses, she gives advice to other entrepreneurs.

She stresses ‘the importance of learning how to qualify leads and respecting the professionalism of the sales process’, stating that ‘becoming qualifiers … can accelerate any person's success in growing successful companies.’

In general, statistics show that women gain better qualifications in school, Lara’s advice being that they should use this to their advantage.

She believes that rather than ‘worrying about things they need to know’ she urges them to knuckle down and ask ‘for help, guidance, education and information.’

Also the hotly debated topic of a woman’s work-life balance - she voices her frustration:

‘Most women in my experience have mastered the art of juggling traditional family responsibilities in their daily lives, but fail to prioritise and focus on the top most profitable opportunities and potential growth channels’.

Lara aims to banish lack of self-confidence stating that women, through talking about 'irrelevant, invented, pointless barriers like the ‘glass ceiling’' are holding themselves back.

She believes that ‘Instead they must focus on challenging companies to pay them equally, demanding more often and demonstrating more boldly their skill set and achievements’ and that women must ‘learn to say no regularly to things that are not maximising their own most valuable commodity, time.’

In an article published in The Telegraph it is claimed that, regarding pay, the ‘overall gap between the sexes stands at 9.4%’ currently the lowest on record.

It suggests that the (perhaps not completely ) ‘glass ceiling is not in pieces’ but is ‘certainly showing significant cracks’ – in an all too gradual, but nonetheless welcome piece of news.

On 3rd December the Women’s Entrepreneurship Day will also launch their WOW (Women on Wednesday) pledge.

Founder Wendy Diamond believes that 'Women have to support each other’s visions, dreams, and of course products! Let’s face it a woman knows what a woman truly wants…'

In a promotional certified business programme, similar to Small Business Saturday and Cyber Monday, it encourages both women and men to come together to support, empower and celebrate women entrepreneurs on social media and beyond through using the hashtag #WomenWOW.

The proportion of small and business run by women is on the increase, with the help of different organisations, women’s business networks and funding.

However there is always more potential, and with the numerous days, events and debates championing female entrepreneurs – whether you’re looking to start, buy, or grow a business, there’s never been a better time to be a businesswoman.

If you enjoyed this article, sign up for a *free* BusinessesForSale.com account to receive the latest small business advice, features, videos and listings directly to your inbox!

Mel wrote for all titles in the Dynamis stable including BusinessesForSale.com, FranchiseSales.com and PropertySales.com as well as other global industry publications.

How to Respond to Enquiries From Potential Buyers
Some essential tips on the etiquette of replying to enquiries, weeding out timewasters and when to disclose sensitive information.

How I Sold my Holiday Rental Business
Find out what it takes to sell a rental business in Spain to the right buyer.

How I Sold my Boutique Retreat
Find out more about how the owners of a unique award-winning boutique retreat in the Isle of Skye found the process of selling the business.

Are you a Business Owner?

Set up your Private Seller Account and create your listing today

Are you a Business Broker?